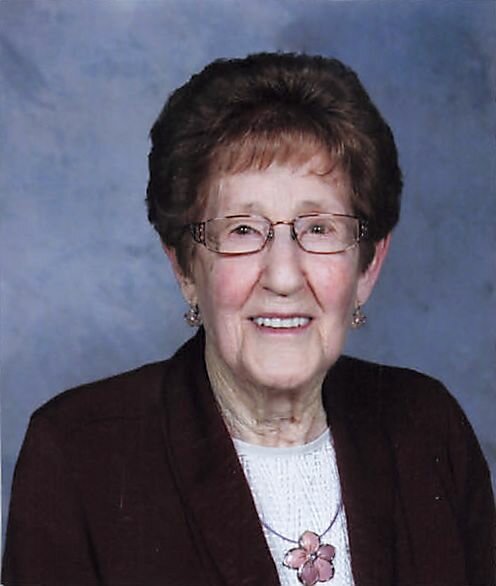 After a life well lived, at 104 years; Elsie Hawkins peacefully passed away at Country Terrace, Komoka, on Monday, August 30th, 2021. Loving wife to the late Alfred Hawkins (1996). Devoted mother of Arnold (Ann) Hawkins, Fay James (Dr. Donald Galbraith), the late Leonard Hawkins and Myrna (George) Orrange. Cherished grandmother of 9 grandchildren, 22 great grandchildren and 19 great-great grandchildren. Survived by her brother Sheldon Watson. Elsie will be terribly missed by her many nieces, nephews and friends. Predeceased by her parents John and Hilda Watson and her son-in-law Edward James.

A private visitation and Funeral Service will be held at DENNING’S OF STRATHROY. As an expression of sympathy, donations to the Canadian Diabetes Association or the Royal Canadian Legion-Strathroy Sir Arthur Currie Branch 116 would be appreciated. Share a memory at www.strathroyfuneralhome.com.

Share Your Memory of
Elsie
Upload Your Memory View All Memories
Be the first to upload a memory!