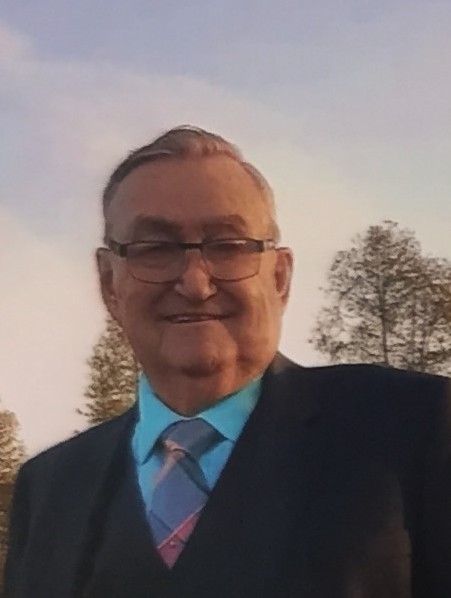 Peacefully on Sunday, January 10th, 2021 at LHSC-University Hospital; Clarke Elliott passed away at the age of 82. Beloved husband of the late Betty Elliott ( nee McEwen, 2013). Proud and loving father of Kim  (the late Les) Miles and Jim (Janet) Elliott. Cherished grandpa of the late Robbie (2007), Jessica (Justine), and Bill Miles; Corey (Stephanie), Sammy and Rachel Elliott. Clarke is survived by his sisters Roseanne (the late Bruce), Bonnie and Linda and his brother Les. Predeceased by his brother Jim and sister Shirley. Best friend of Frank Fraser. Clarke will be fondly remembered by his extended family and friends.

In keeping with Clarke’s wishes, cremation has taken place and a Memorial Service will be held at a later a date. As expressions of sympathy, donations to the Multi Organ Transplant Program-LHSC would be appreciated. Arrangements entrusted to DENNING’S OF AILSA CRAIG. Share a memory at www.ailsacraigfuneralhome.com.

Share Your Memory of
Clarke
Upload Your Memory View All Memories
Be the first to upload a memory!
Share A Memory