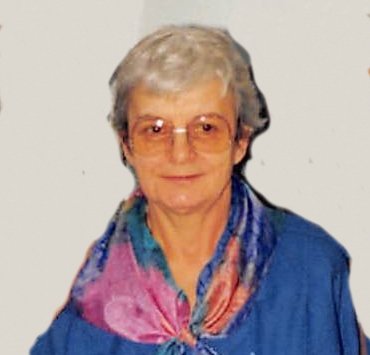 Peacefully passed away with her caregivers by her side on Tuesday, November 7, 2017, at Craigweil Gardens in Ailsa Craig, at the age of 94 years.  Survived by her sister Bernice Fraser (George), and her sisters-in-law Marg Bender and Frances Bender.  Predeceased by her parents Simon Bender (1985) and Mary Schwartzentruber (1932), and her step-mother Ida Bender (1975).  Also predeceased by her brothers Clair Bender (1930), and Harold Bender (2000), Gerald Bender (2016), and her sister Ruth Arnel (2006), and her brother-in-law Fred Arnel (2013).  She will be missed by several nieces and nephew, and great-nieces and great-nephews.  Inez was born in Tavistock, and moved to Ailsa Craig in 1950.  She loved to travel, and one of her most memorable travels was to Israel.  Cremation has taken place.  Interment to take place at a later date at the East Zorra Mennonite Church Cemetery.  For those who wish, in memoriam donations to the Alzheimer Society or to the charity of choice would be appreciated by the family.  Online condolences may be left at  www.denning.ca  Funeral arrangements entrusted to DENNING’S OF AILSA CRAIG