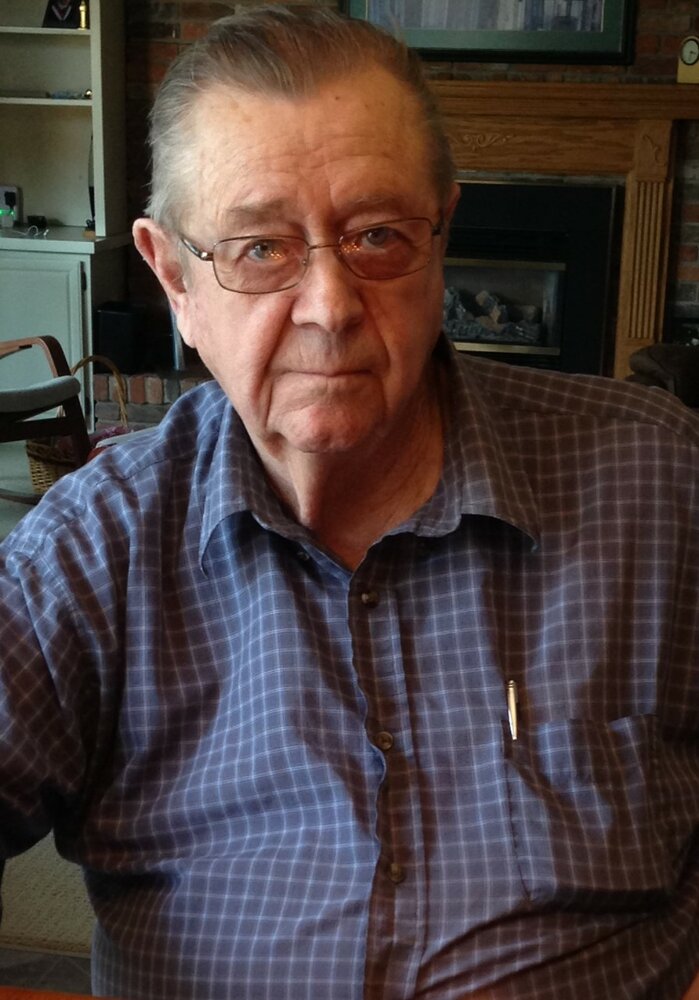 “Gone to check the crops”

Jim Windsor passed away peacefully at Chartwell Parkhill on December 5th, 2022, at the age of 91 after a brief illness. Jim was a loving father to Gord (Brenda), and a devoted grandpa "Wampa" to Michael.

Jim is survived by many nieces and nephews in both British Columbia and Ontario.

Jim was born and raised in Biddulph Township. He left the family farm to become a plumber with the London Board of Education only to return to farming in 1959 when he and Janet bought a farm in Lobo Township. He worked alongside Janet until her death in 1992. He moved to Ailsa Craig in 1998 and although he was semi-retired, he continued farming and checking the crops with the help of his close friends who kept him involved. Jim was also a director on the Hensall District Co-Op and was a long-time member of the Middlesex Cattlemen’s Association.

The family would like to extend a special thank you to the VON at the Craigwiel apartments, the entire staff of Chartwell Parkhill, and to all the family and friends for their support during this time.

Visitation will take place on Friday December 9th, 2022, from 10:00am until the time of Service at 11:00am at DENNING’S OF AILSA CRAIG. Interment to follow at Nairn Cemetery.

In lieu of flowers, donations may be made to the charity of your choice.

In the interest of keeping everyone safe, masks are mandatory.

Share Your Memory of
Jim
Upload Your Memory View All Memories
Be the first to upload a memory!
Share A Memory